If you have questions, please ask us!

Available for pick up in West Jordan, Utah or expedited shipping.

-Fragrances made with natural and essential oils

-Fragrances are Child and Pet friendly

Free Ground Shipping to anywhere in the continental U.S.A.

Thank you for submitting a review!

Your input is very much appreciated. Share it with your friends so they can enjoy it too!

Everything I had hoped for! I can’t begin to explain the feeling I get when I come home from work, open the door, and the whole house smells refreshing! Considering I have two cats, one dog, two kids and a husband. The scent is not overwhelming at all, we followed the recommended settings on the bottle. Install and set up was fairly easy ☺️ Also shout out to amazing customer service! ⭐️ ⭐️ ⭐️ ⭐️ ⭐️ They went above and beyond helping me with a little hiccup after I ordered the system.

This company has impeccable customer service. We order a whole home system and scent and they forgot to include something I emailed them and the next day they sent it out to me free. I love having my house smell amazing! The only problem is I want EVERY scent!!!!!!

I've had the diffuser for 2 days. The unit is of high quality construction and works well. Installation was pretty straightforward. However, the app leaves a lot to be desired and the instructions are too vague. I would buy it again.

I have been for a while to buy this as we were building our new home and the actual product absolutely exceeded expectations!! The house smells divine throughout and nothing else (candles, plug-ins) comes even close! We have two dogs and two little ones and this has been the ultimate solution to consistent fresh scent!! I am in love with this product and I would never use anything else!

For years I have tried various methods to add a pleasant scent throughout my house without candles and wall plugs. Nothing worked until I found Scented Vents. After some due diligence on the product I decide to purchase the 6,000 HVAC Diffuser. It was easy for me to install and operate and within minutes after firing it up the house smelled great. So far I am impressed with the product. It has been operational about a week. I also found the customer service to be outstanding. Taran has been very helpful and responsive to my concerns and questions. I am going to purchase another unit for my mother's house.

I initially hooked it up and I have a few items that have been bothering me to begin with. The first experience I had was watching the installation video on YouTube which misses a couple key elements that should be mentioned including: 1. Should you have the red button pressed in and out? 2. Does the device have to be installed near the furnace or can it be installed down the vent a ways? After the install video and immediately after plugging the device in it turned on and began running. After about 5 minutes of it running and not knowing what it was doing (another thing that should be mentioned) I decided to take the bottle out because of configuration issues and upon pulling the bottle out I noticed that a quarter of the bottle was gone. This is a large problem not having any information stating that upon plugging the device in it is already set to "Start"ed and would begin trying to diffuse oil. I would thing it makes more sense to actually have the default setting to stopped and after I configure the schedule and settings I can turn it on. That brings me to my next issue, in the instructions it says hold the mode button until you see a flashing "C". I held the mode button over and over again (which is why my bottle was a quarter less full when I finally pulled it off) and the only thing I could get to flash was "A". In the instructions and on the video it does not discuss anywhere waiting for a value of A. I happened to notice in the application that there was another option for configuration called "Compatibility Mode" which gives instructions when an "A" is flashing. The problem I then had (on android) is that the app would prompt you to connect to the Aroma network but it only had an option to select "Cancel", there was no where to select "Ok" and give it permission to connect. I had to switch over to my iPad at which point it doesn't prompt you to "Cancel" or "Join". After selecting "Join" many times, I attempted this for over an hour my iPad was finally able to sync up to the device and successfully connect it to my home network. Just a side note here as far as network coverage, I have a mesh network using Netgear Orbi, and I also have a Netgear Nighthawk which sits about 15 feet away from the device in my office with a single wall in-between so finding a 2.4ghz network to connect to was not a problem at all. Once connected to my home network I configured my schedule (I tried to do this manually MANY times and finally gave up because the device did not appear to maintain or obey the settings I configured for running/paused times). Once my schedule was configured the device continue to run even after the 10 pm (2200) time I set it to end causing me to lose even more valuable smell good stuff. I finally had to "Stop" the device to get it to quit running and so far this morning after "Start"ing the device again it has not ran once despite I have the start time set to 8:00 am. Ultimately there is not enough detailed information on what the device is doing/will do once you plug it in. There is not any information except within the App on what to do if your device will not show a "C". Most of all even after having configured the device it appears to disrespect me and my wishes and run whenever it wants even after watching videos and reading on how to configure it manually and via the app. The app does not work correctly on a Pixel 2 XL phone running Andriod 11. All of this culminated in me losing quite a bit of oil and not reaping the benefits. I will say the brief time I had it working last night was wonderful. We had a super awesome Christmas Spruce tree smell throughout our house which was just fantastic. I want to love everything about the machine but right now I only love the smell it makes when it has worked which is so far only been a couple hours last night.

This is the first time I have ever reviewed a product. It is that good! I bought this for my wife. The plug-ins we had were always so hard to deal with. Plus we had to buy multiple to cover our whole house. Now with the Luxury 6000, the good smells are everywhere and with zero effort. The install was very easy following videos online. I had to purchase the right kind of drill bit but other than that everything was a piece of cake. I installed it and programmed with the easy-to-use LCD display while my wife was gone. She returned about 15 minutes after I started the machine and could already smell the difference! The fragrance was everywhere in our house in minutes. On top of the great product the customer service is unparalleled! I've needed to ask a few questions and worked with the customer service group to order more product. You could not find a more responsive or helpful group. The subscription for fragrances makes getting refills extremely easy. You can sign up for the subscription using any of the fragrances on the site. Once you are signed up you can go back into the subscription and change the fragrance you want for your next order. Shipping is lightning fast. I gave this to my wife in early December. We hurried and ordered one of the Christmas fragrances and have been enjoying the holiday feel in our house all December! If you're like me the price might give you a bit of a pause, especially given the cost comparables to other products. But it works so well that I haven't had even a second thought about my purchase. Plus, with other products you have to purchase plug-ins for all the rooms in your house and then order high volumes of short-lived fragrances and deal with faulty apps. I'm the type of person that is ok to pay more for something that works versus something that kind of works or is very inconvenient. And the Scented Vents diffuser works! 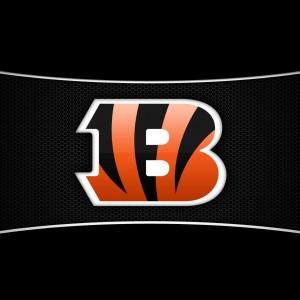 Shipping was fast even around the holidays. Instillation was simple. There are also videos on YouTube if needed. Within minutes of starting up our house smelled amazing. I would, and already have, recommended this product.

We love this product!

I have spent so much money on Candles, and the health of burning candles all day was concerning me. Our friend recommended scented vents. It arrived quickly, and it was easy for my husband to install. I love waking up to the fresh smell, and you can easily change the scents depending on the season or your mood! Customer service is top notch! Taran responds quickly and even replaced a package that was either stolen or lost in the delivery. We highly recommend this product and Bravo to your customer service!!